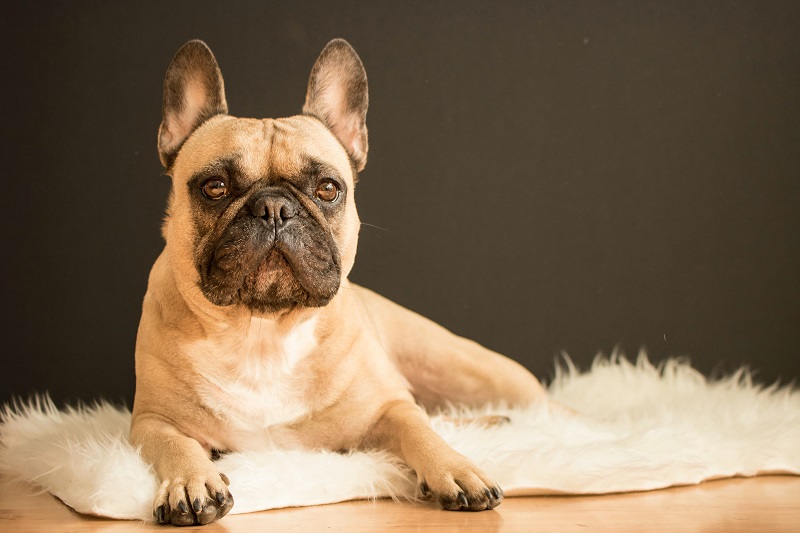 Getting started with french bulldog training:

Raising puppies can be extremely exhausting at first because the young dogs are usually very spirited and active. French bulldogs may even go a step further: as puppies, they are real energy bundles who like to play, romp and cuddle for their lives. A consistent and loving upbringing is important to steer the development of the french bulldog in the right direction.

A fundamental step in the upbringing is teaching the dog to be house-trained. Dogs have the natural urge to keep their storage area clean – this tendency is used when raising your four-legged friend to be house-trained. The puppy should understand that the entire apartment or house is now part of its storage space – the dumping of feces and urine is around the place is not good. At first, the puppies are completely overwhelmed with this assessment: most likely, they will use another room to urinate and poop.

To support your dog in his house training, you should lead him outside as often as possible – especially in the morning after waking up, after drinking, and after eating. At the same time, a password should always be used on these trips – for example, “Out” – so that the dog learns to establish a connection between the trips and the dropping of feces/urine. Dogs are house-trained if they can clearly show their owner the urge to defecate or urinate. With consistent upbringing, this goal should be achieved within one to three weeks, depending on the dog.

If a mishap does happen, there is no point in punishing the puppy afterward. A reprimand only makes sense if you catch the dog doing it – in this case, it is sufficient to shake it lightly by the neck fur and immediately bring it to its usual place in the open air.

2) Walking on a leash

It is particularly important with french bulldogs that walking on a leash is learned as a puppy. French bulldogs are strong animals that may become difficult to tame if not shown clear rules. Make sure to try to avoid using pull collars which have a high risk of injury, especially with puppies!

For the dog to become “socially acceptable” the commands: sit, down and stay should be taught as soon as possible. Ideally, a puppy course in a nearby dog school would be perfect: your doggie not only learns to obey you but also learns how to behave near other puppies.

Usually, french bulldogs are very easy-going and sociable animals who get along with other dogs well. During course breaks, your puppy should be allowed to play with other animals and run around to their heart’s content!

Puppies can often get away with much more than an adult dog when it comes down to bad behavior. To ensure your dog learns early what is good and what is bad behavior, you should try to stop bad habits immediately. For example, when your dog is doing something it should not then a slight shake of the neck fur combined with a password, such as “Off!” – signals the dog that a limit has just been exceeded.

The French bulldogs love to cuddle and seek contact with people. It is really important to add a lot of love and praise into the upbringing. If your dog is obedient, he should be rewarded accordingly; this way a link between compliance and positive consequence – treats, caresses, etc. – can be established.

Treats are the most common reward given by dog owners. French bulldogs are very sensitive to physical contact and games which makes it easy for their owners. Reward good behavior with pats, treats or why not get your french bulldog a new toy to play around with.

P.S if you also want to learn about potty training your bulldog then read more about that here.